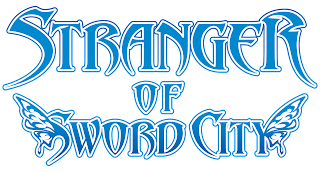 For a game with a name that's mostly a mouthful, it is a surprisingly easy thing to describe, at least at first glance. A first-person dungeon crawler in the old Wizardry-style, it has noticeable similarities to other games in the genre, like Dungeon Travelers 2 or Class of Heroes. The basic gameplay is the same, where you and your carefully constructed party venture forth into unexplored dungeons in search of monsters to kill and countless reams of treasure to collect. Available on both Xbox One [published by Experience, Inc.] and Playsation Vita [published by NIS America], the game actually has some differences between versions but they are small and mostly cosmetic.

Perhaps the first thing to notice, however, is the art style. Unlike other games of the genre, players have a choice between the game's characters being displayed in an anime style or in a style more reminiscent of Western-style RPGs. When creating your player character, you have the option of choosing one of many portraits available, from either style. Of note, the portraits available are one of the differences between versions. The Xbox One version of the game provides portraits of some NPCs as selectable options when creating a character, where the Vita version does not.

One thing both versions have in common, however, is one of the things that makes this game stand out against its competitors, and that is the Life system. When first creating a character, whether the main player character or a member of a supporting party, the player has an option to set the age of the character. Age determines the speed with which a character recovers from death, and how many "lives" that character has before they die permanently. "Lives" can be recovered by removing the dead player from the party at the base, or paying money to have them restored. Once a character runs out of "lives", however, he or she dies permanently and can't be recovered. Age also affects a character's starting bonus points, which allows the player to adjust their stats before completing the creation process. The older a character is the higher their minimum bonus. The main player character is the only exception to this, as the main player character can not die permanently no matter what, so it is to the player's advantage to jack up the age and rake in the bonus points. Age does not impact any other part of the character creation process, so it's best to take advantage of it wherever possible.

When I say take advantage, I do mean that in the most literal sense. I first started playing the Xbox One version of the game, and it quickly became nick-named "Dungeon Disaster" for how often things went horribly, horribly wrong. It is not a game I would recommend for the casual player, if only because a single moment can land you on a Game Over screen before you get to a point where you can save. Even the initial battle, where you are introduced to the main NPC characters and start getting a sense of the plot of the game can end your run, and what is worse it can happen BEFORE you ever get a chance to save.  [Editor's note: I am a very casual player of dungeon RPGs.  The author of the review (my wife) is well versed in the genre.] 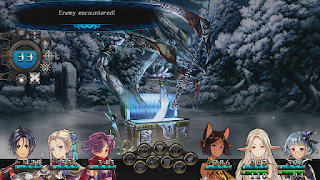 Like others of its kind, it has numerous trick floors, with teleport panels, traps, hidden doors and paths, one-way walls, and all kinds of other gimmicks to make your grinding even more difficult. And grinding you will do. In spades. Unlike other games of this genre, the dungeons you get initially have very low encounter rates, so unless you specifically walk into a battle icon, grinding requires a great deal of patience, entering and exiting a dungeon numerous times. They have, however, added something distinctive and that's the "hide" system. In every dungeon there are specific rooms where you can "hide" in exchange for morale points. "Hiding" will allow you to trigger a battle with a guaranteed item drop, so long as you kill the "item captain" guarding it. Using this mechanic to your advantage will drastically reduce time spent grinding as well as allow you to bolster your party with new and potentially unique equipment. It also showcases another difference between versions. In the Vita version, pressing the circle button will automatically bring up the "hide" mechanic, where in the Xbox One version you have to actually go into the menu and prompt it.

Battles and formations work like most other versions of the genre. Party "formation" is simplified: your first three characters are your front row, and last three are your back row. They do, however, have one feature that makes grinding less time-consuming. They have a repeat button. During battle, you can set your party's actions, and then, on the following turn, have them repeat those actions without change. Even better, you can run a battle faster by selecting "Fast Action" rather than just "Action". By adding these features, it makes the heavy grinding more tolerable because it doesn't end up adding hundreds of hours to your playtime.

The main point to the dungeon crawling is to find and eliminate special monsters called "Lineage types". These monsters drop a plot item called a Blood Crystal when killed that supposedly means they will not regenerate. The player then gives these Blood Crystals to one of three NPCs to get special skills called "Divinities". Divinities use up Morale Points just like hiding, but unlike hiding you can use them at any point in a battle. They are, on more than one occasion, the only thing between you and certain death.

Menus are somewhat clunky, and it takes a bit to get used to how to do things in them. Many of the menu features are of limited use, frequently ignored and often in the way, preventing the player from quickly accessing things that are needed. For example, when a character levels up, the player must go to the menu, select "Party", then "Member", then the character to level up, then at the bottom, the "Level Up" option. While this gives players the ability to level up in their own time, it also means that any experience earned after leveling up is wasted until the player actually chooses to do so.

Overall, the game is still fairly basic, and for fans of the genre it adds just enough to make itself stand out. The difficulty makes it something I would not recommend for the casual player or someone who has never played this type of game before, and permanent character death, while a long-familiar staple of this type of game, is a little too easy to accomplish without even trying. It is pretty,
and it has some good features, but for a game that is asking the player to invest hundreds of hours there just isn't enough to make it stand above its predecessors.  Fans of DRPGs with an Xbox One will likely want this as it is at the top of a very short list.  Vita users can find better offerings in the genre, but don't need to skip this one if they have completed those ones.

(Review codes for Stranger of Sword City were provided by the publishers)
Posted by The SAHD Gamer at 11:35:00 AM