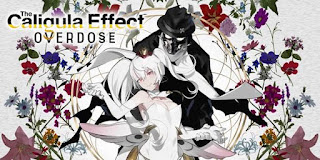 (Review copy of The Caligula Effect: Overdose was provided by the publisher)
Posted by The SAHD Gamer at 10:24:00 PM